These 5 positive streamers will help lift your spirit 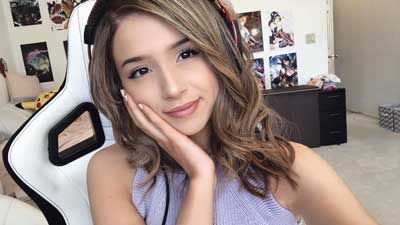 People often search for streamers who make them laugh or those who play their favorite games. One quality that is often overlooked
– but powerful in attracting viewers – is the ability to stay positive and lift the mood of those watching.

Here are five of the most positive streamers.

Skill4ltu is a Lithuanian streamer who, after being released from the navy, decided to give streaming a go. He quickly fell in love with the game World of Tanks and – through his gameplay and personality – began to develop a significant following.

He is well known to not get angry on stream and enjoys spreading positivity to his audience, frequently stating how beautiful life is and how grateful we should be.

Nymn is, without a doubt, one of the most positive streamers on Twitch. He gained significant popularity for his old Minecraft streams. People might also know him for his collaboration with other famous streamers such as HAChubby and AngelsKimi.

Nymn is the type of streamer to immediately address any negativity in his chat.  With a dedicated set of moderators who keep on top of online trolls and viewers insulting each other, negativity is not something you will find on his channel.

Pokimane is, by some margin, the most popular female streamer worldwide. She has streamed on Twitch since 2013. Today, she regularly holds over 10k viewers at a time. She also boasts over 17 million fans over her social media platforms.

With such a large following, it is important to her to set a good example to her community. She is known for posting encouraging messages to her fans on Twitter. She is also very passionate about health, frequently reminding her viewers to take care of themselves – both mentally and physically.

Voyboy is an ex-professional League of Legends player. He was one of the best players in the LCS throughout his time in teams such as CLG and Curse gaming. This success also led to a profitable streaming career.

It is a rare occasion to see Voyboy talk negatively to a teammate, which is an unusual trait for many League of Legends streamers. Instead, he always does his best to win and help his team if they are behind. He explains his thought process in detail and makes sure to address as many questions as possible from the users in his chat.

Caesar Noriega, otherwise known as CDNthe3rd, is a well-known Twitch streamer for FPS games. He likes to play battle royale titles, such as Fortnite and H1Z1. He even reached the professional level in the former.

CDNthe3rd is a big believer in positivity and often reminds his stream of how important it is not to let themselves fall into a negative mindset. He shares motivational stories and messages with his chat and enjoys collaborating with other like-minded streamers.

More recently, he even got his own Fortnite emote with the main feature being a plus symbol. He has stated himself that this symbol represents positivity.

With so many people potentially looking at streamers as their role models, it is important to set a good example. By staying positive and reinforcing that through their interaction with chat, they help a lot of people with problems such as depression and anxiety.