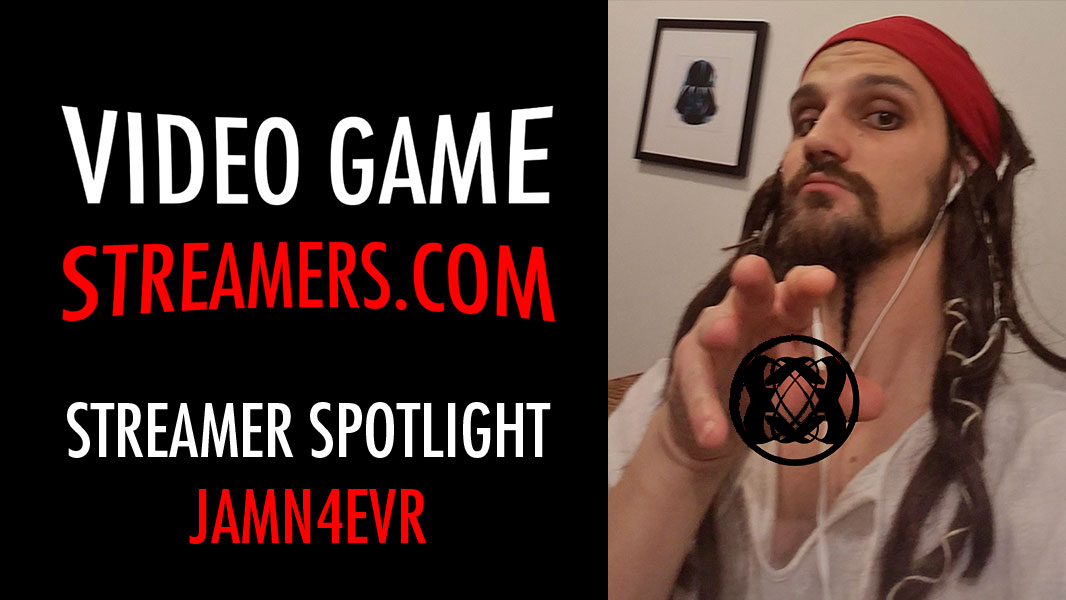 Streamer Spotlight is a series where we feature upcoming streamers. This week we are interviewing @jamn4evr. If you would like to be featured, follow us on Twitter @vgamestreamers and email us explaining what makes your channel unique.

I primarily play a metric crap ton of Warframe. I also love Sea of Thieves. I enjoy shooter/looter type games but grew up playing most everything from RTS to racing games.

When did you first start streaming on Twitch?

What was your inspiration to start streaming?

I learned about Twitch years ago when it was still Justin.tv, but forgot about it. In 2017, I got really into AGDQ (Awesome Games Done Quickly, a speedrunning marathon for charity), particularly a Mega Man X runner by the name of CalebHart42. I spent some time on his channel and thought it was pretty awesome but wasn’t in the position to do anything at that time.

In January of 2018, I was reminded that an old family friend, Burgerwarrior24, was a streamer. I immediately fell in love with his community and decided that I wanted to get into streaming. I then learned of ProfessorBroman and all that he does to teach and help new streamers.

I’m incredibly inspired by all three of these streamers!

How difficult has it been to build a following for your channel?

To be honest, I don’t feel like it has been difficult. I spent a ton of time researching and learning about how stream and community growth happens and why. Because I was ready for ups, downs, and slow periods, I wasn’t bothered.

What have you found to be a successful way to manage these difficulties?

Honestly, and it’s a tough thing to do at times, but you have to just not care about the numbers game. Sure, I’m a math guy and I like seeing numbers and metrics, but you really have to not pay attention to highs or lows.

What do you do outside of streaming on Twitch?

I am married with two children, and I like to do things with them. I work in the film/TV industry as an electrician. I do quite a few other things workwise between film work and streaming. I’m a semi-professional musician. And I am working on getting back into novel writing.

When can viewers most likely find you streaming?

I stream Monday thru Friday at 2PM EST.

What are the short-term and long-term goals that you have for your channel?

Currently, I’m working on getting my aquarium ready to use as a backdrop for my channel, and I want to incorporate the setup and progression of a saltwater reef tank into the stream. I’m also working on stepping up my social media game.

In the long term, I want to begin creating more content in other avenues. Eventually, I would love to make a career on Twitch, but for now, I’m just enjoying being there.

What has been your greatest success so far in your streaming career?

A community of friends that have a great time gaming and hanging together.

Is there anything else you would like the readers of this interview to know about you or your channel?

I’m incredibly grateful for the opportunity to participate and look forward to meeting any of you!